Life hanging, perilously, by a "rope"

Care taker PM has again spent another night with a Nepali below poverty line under his program styled as “PM with people”. One striking feature of such visits of his is that all of the people he has so far visited are somehow or other affiliated to associated with UCPNM. Strangely, he has not visited other Nepali people as if he is not concerned by the plight of such people. In any case, the people he has dropped by at are the sons/daughters of our motherland and their happiness is the happiness of Nepali people in general. One should not quarrel with it.

However, what is important is that the money that gets spent on such jaunts is, reportedly, huge; inter alia helicopter charter cost, detention fee, the money spent by UCPNM party workers on the occasion of his visits, et al.

In my considered opinion it would be better to build a suspension bridge in lieu of each such visits in the places where people’s lives perilously “hang by a rope” (please take a look at the photos). Each year many lives are lost while people cross rivers in this manner. We can even “dedicate” every bridge built as such to his name if he were to refrain from spending good money after such a bad idea (PM with people). 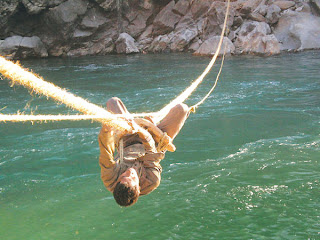 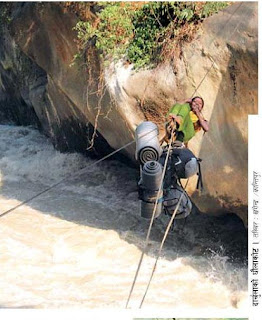 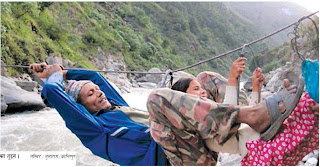 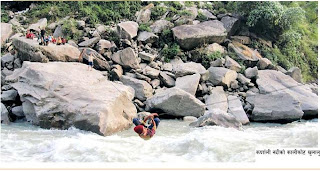