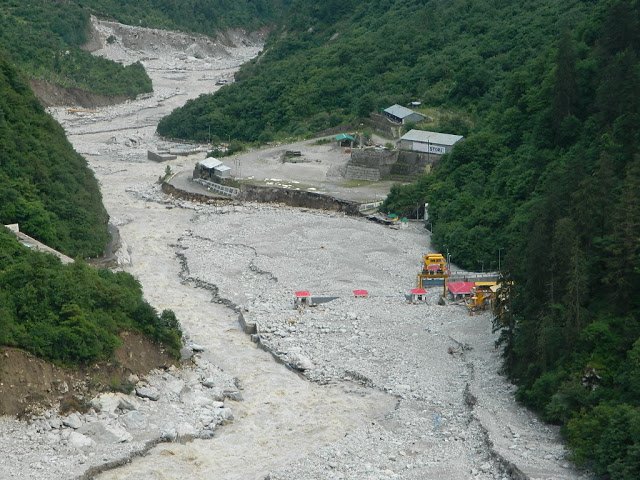 I wonder if it is true!


Posted by Ratna Sansar Shrestha at 8:06 AM No comments:

Rapes and Gang-rapes in India

QUOTE
Two girls were allegedly raped in a moving car by unidentified men in this satellite town, a senior police official said today.

The victims lodged a complaint that they were offered a lift in the car outside a Gurgaon pub last night where they had attended a party, Deputy Commissioner of Police (East) Maheshwar Dayal told reporters.
UNQUOTE

One does not get to hear of rape/gang-rape in Islamic countries like Afghanistan and Pakistan. Even eve-teasing in these countries is rare; forget sexual harassment (there is honor killing though, which too needs an analysis). What is the reason behind the difference?

One striking difference is "purdah". This impels one to jump to conclusion that men in the region are like vultures; one sight of naked flesh and they dive to "consume" it!

God help such men!
Posted by Ratna Sansar Shrestha at 5:51 AM No comments: 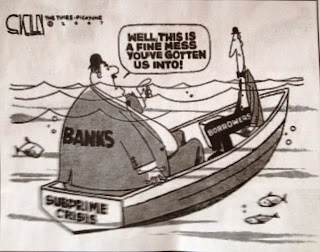 The boat representing the economy, inhabited by bloated bankers and skinny borrowers is already drowning. But the banker is blaming the borrower for the “mess”.

The bloated banker could be the CEOs who are drawing salaries in amounts which are obscene/vulgar or could be its promoter shareholders who are bilking the bank, hence the economy, not only by drawing out huge dividends but also in bad loans (borrowed from other banks on quid pro quo basis in the manner of you scratch my back and I scratch your bank) etc.

It is very easy to identify the “borrower”. It could be citizen below poverty line, or the borrower that is suffering due to terms of the banks that are close to usury from.

I am amazed to find very close parallel between what is happening in Afghanistan and our own motherland.

Cartoon courtesy: Afghanistan Times
Posted by Ratna Sansar Shrestha at 12:37 AM No comments: 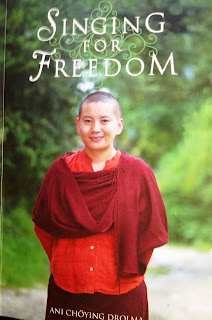 Had wanted to read this book immediately after it was published but came to learn that Nepali edition had been subjected to heavy editing to make it palatable to Nepali readership. Now knowing French language couldn’t read its original version. Therefore, as soon as English edition became available in Nepal, I rushed to buy it and sat down to read it and finished reading it almost in one session.

It came as a shock that a father could be so cruel towards one’s own offspring that too a daughter – physically delicate at best. I wonder how one could do so!

When one’s babies/children are hurt, a parent feels immense pain; more in magnitude than the baby perhaps feels. I myself have felt that when I bleed I don’t feel that much pain compared to when my children suffer even a small scratch, I shudder with disproportionate pain. In this backdrop I cannot imagine a parent inflicting so much pain to her/his own offspring, as young as 6 years old.

The author has depicted her father as a tyrant/maniac with malevolent temperament; leading a reader to suspect that the person described is a psychopath.

Monks and nuns are thought to renounce worldly comforts and known to have done so. But after reading this book, it became clear how wrong people have been. Rampant envy/jealousy amongst nuns has been characterized and surprised to see that there is competition even in a monastery; no different from the household of common people. Some nuns are even nasty, spiteful. They also rage and feel anger. It made me wonder where the compassion was!

The author mentions that they are not saints while general public are belaboring under the impression that only saintly people become monks and nuns. Sounds as if most of the nuns have become nuns to escape poverty.

The author also lost her childhood as she had to “mother” her younger siblings.

Knowing that she does keep on jet-setting around the world very frequently I had been very curious as to how did she get her passport? But there is deafening silence about it. If she is using Nepali passport, then it will be surprising as both of her parents are Tibetans – Chinese. It is unimaginable that such a person would get citizenship of Nepal.

Posted by Ratna Sansar Shrestha at 9:00 PM No comments: