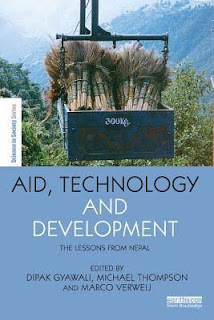 Abstract
Financial engineering is every bit as important as other kinds of engineering – civil, electrical and mechanical that normally command all the attention for hydropower projects, to ensure that on the macro-hand, they do not have an adverse effect on Nepal's overall economy and, on the micro-hand, that the ultimate users of the electricity are not ripped-off by having all the inefficiencies and unnecessary costs loaded onto their retail tariffs. A project is successfully engineered financially, we can say, when it is completed within the initially estimated cost (not one on the higher to ensure post-completion pat on the back for being able to save, nor lower one to “seduce” decision makers to implement the project) and within the stipulated time. Khimti project is an example that didn’t suffer both from time and cost overrun. But projects implemented by GoN/NEA like Kulekhani 1, Marsyangdi, Kali Gandaki A and Middle Marsyangdi suffered from substantial amount of time overrun entailing huge loss of revenue. But in completion evaluations loss of revenue due to time overrun is not even considered. While Kulekhani 1 and Middle Marsyangdi suffered from cost overrun too. Marsyangdi and Kali Gandaki A did not incur cost overrun as cost estimate for these were on the higher side.

Against the conventional wisdom ascribing load shedding in Nepal to cancellation of Arun 3, it turns out that its non-cancellation would have resulted in severe load shedding. With the cancellation of 201MW Arun 3, NEA alone succeeded to add 228.8MW (with projects that were mutually exclusive from the perspective of financing and covenant of not building project larger 10MW) and IPPs another 149MW by (if other IPP projects that got built due to “trophy-wife” syndrome is accounted for incremental installed capacity due to cancellation of Arun 3 is 499.8MW) by 2015.

Use of ERR (economic rate of return) to assess overall impact on country’s economy results in a stunted picture inducing to implement projects structured badly. Better toolkit for the purpose is an analysis from the perspective of economic linkages (forward, backward, investment and fiscal linkages) and if West Seti project had been implemented in the format and structure proposed by Snowy Mountain Engineering Corporation, Nepal would have been deprived of major benefits from economic linkages. This project should be implemented with an eye on wholesome impact on Nepal’s economy from the economic linkages.

The fault manifest in the failure in financial engineering cannot solely be attributed to Nepal’s hydrocrats, donorcracy is equally responsible. Donors are also partners in crime for ramming bad projects through gullible throats of Nepal’s hydrocracy.